A candid conversation with an Equity Sequence™️ learner

As I chronicle stories of Equity Sequence™ learners and their experiences, I make no secret of the fact that I’m equally curious about the road that led them to Tidal Equality in the first place, as I am about their takeaways and post-training activities applying the Sequence™ in real life.

How does a person come to care about equity in the first place?
Has it been a life-long concern? Or a more recent awakening?
Have they experienced their own form(s) of marginalization in life?
Or do they come to this from a place of relative security?

With Ian Jones, I had the good fortune to hear a candid account, re-tracing his path from — by his own admission — uneasiness and lack of awareness about diversity issues, to what seems to me a pretty profound awareness. And certainly a profound commitment to embracing Equity Sequence™ principles and making changes to reduce inequities in the program he runs.

That program is the Master of Physician Assistant Studies (MPAS) at the University of Manitoba, where Ian is in his eleventh year as Director.

It’s a competitive graduate program; one that admits only fifteen students per year, selecting from a pool of approximately fifteen times that number of applicants. Ian has begun using the Equity Sequence™ to uncover barriers that to-date have kept the program largely white and female.

In particular, Ian’s team works with a special lens toward creating an equitable playing field for First Nations recruits and applicants, in keeping with the University’s strategic commitment to help redress the legacy of Canada’s residential schools. 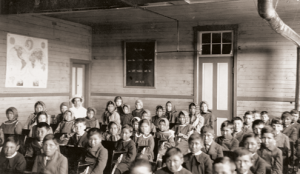 Most Canadians are now familiar with this dark chapter in their history. But the term “residential school” didn’t immediately register with me as an American, although it should have, considering we, too, had an almost identical system of federally-operated boarding schools designed to “kill the Indian, and save the man.”

It took me a moment to realize I did have knowledge of this history at the back — not front — of my mind. But then, we in the U.S. have not yet taken the collective step of confronting our own dark history as a nation, as Canada did with its Truth and Reconciliation Commission inquiry from 2008 to 2015.

For Ian, who is white, and was born in Winnipeg, the personal path toward greater inequity awareness began during his years working as a firefighter paramedic in his adopted city of Edmonton. There, he learned street medicine, interacting with people from many different cultures, with whom he was honest enough to recognize that he didn’t always feel comfortable.

He realized he needed to learn how to be. 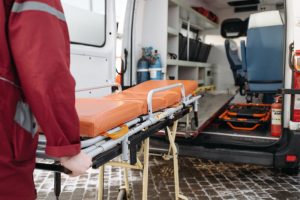 He took unconscious bias training. He started school in the U.S. (at the University of Washington), becoming a Physician Assistant himself. He worked with a diverse group of students and made some stumbles along the way, at times causing offence without meaning to. He then went into practice in Alaska and gradually became more informed about discrimination, diversity, and economic and social justice issues. And eventually, back in Manitoba, he became aware of the Indigenous health issues in Canada.

I really appreciated Ian’s openness in sharing these details. For, how else does any of us learn, unless we’re able to acknowledge that we lack awareness in one area or another? Unless we’re willing to turn the mirror on ourselves and allow that sense of unease to become seen, before it retreats from view and sinks into mental oblivion.

My own experience as a minority has often served as an automatic conduit to understanding what it’s like to be on the receiving end of an unintentionally insensitive comment. But that hasn’t prevented me from making my own gaffs, and having to own and, yes, cringe at the thought of them.

So to be able to hear this history related candidly was refreshing.

As head of the MPAS program, Ian became aware of the need to take action over their demographic imbalances.

And he initially sought out implicit bias courses as a remedy.

He quickly realized, however, that most of these were the same type of trainings he had already gone through himself, in his past. And in his judgment, they hadn’t worked.

He was dubious about their effectiveness in solving what he viewed as a complex web. Complex problems of a complex system, with multiple layers extending in many directions. 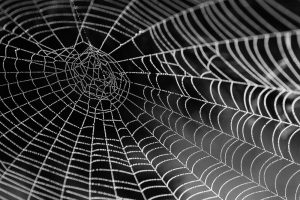 Further research led him to Tidal Equality. And here he felt he had found something different: a practical tool he could use to come at problems and work out solutions.


The case studies made sense.

The Equity Sequence™ questions — simple as they were — made sense.

Having completed the training (along with his staff), he has since adopted a take-it-and-run-with-it energy, applying the Sequence™ toward as many aspects of the program’s processes as he can.

Toward recruitment, toward admissions, and toward the curriculum.

As Ian put it,

“The Equity Sequence™ had me pause and actually start asking, who are the people we’re trying to serve? And why aren’t they involved in helping set up the system?”

He formed a task force – as diverse a group as he could put together, knowing each group member is also an individual and can’t necessarily speak for an entire group. But at the moment, the team comprises members who are LGBTQ, Sikh, Caribbean Black Canadian, and First Nations.

Looking first at their admissions process, they asked themselves, what are the barriers?

They challenged themselves to find unintended obstacles the program might have created that would stop someone from applying.

They looked at their academic requirements. What kind of students were they currently attracting?

They saw that they tended to be worldly; well-travelled. For many, this wasn’t their first graduate degree. And many students fitting this profile came from high incomes.

They realized they had a pipeline problem. 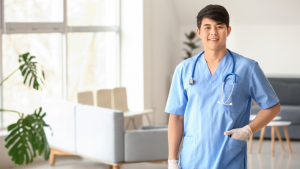 Ian and the team currently aspire to have the program’s make-up reflect the demographics of the broader province, which consists of both diverse urban areas and less diverse rural areas.

But they’ve realized they haven’t been reaching everyone.

So for admissions criteria, they asked themselves further questions — whether, for example, the requirement of a four-year science degree created a barrier for students from rural communities, where the high school science curriculum might not be so strong as to propel students toward science majors as undergraduates.

But if a student is smart in certain core courses, might not that be indicative of a general aptitude, such that they can be taught enough of the science in the MPAS program to ensure they are both successful and safe to practice?

Is a traditional science degree truly a necessity toward becoming an effective clinician? 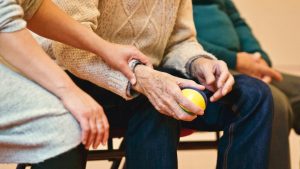 They looked at their interview process, as well, asking themselves who they had on their panels.

If a Black or Indigenous candidate were to come to an interview with a panel of all-white physicians, would their level of ease be the same as a white candidate’s?

The Equity Sequence™ mode of questioning has made Ian more conscious of the process and possibilities.

And what to me felt most significant —

All this questioning has led them to make tangible, measurable, concrete changes to the program.

Most notably, they have shifted from requiring a four-year science degree to a four-year bachelor’s degree.

In other words, to the question whether a traditional science degree is a necessary ingredient for producing a qualified Physician Assistant, they decided the answer was no.

And they have since begun to accept students with B.A.’s in Pharmacy, Business Commerce, Political Science, Fine Writing, and even the Arts and Humanities.

They are, in fact, starting to rethink and revise the very notion of what makes a good Physician Assistant in the first place.

Realizing, for instance, that if they want to promote community-centred health and turn out practitioners who flourish within a community context, then community awareness and real-life experiences interacting with the community in question can be as important as book knowledge. 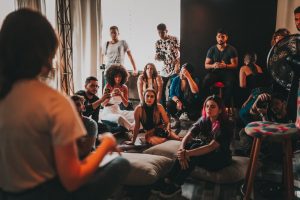 Historically, the average undergraduate GPA of incoming students has been 3.9. But what kind of opening might they see, they wondered, if they placed more weight on the last 60 credit hours, vs. the four-year GPA?

They know many undergraduates struggle in their first year of university — especially if they come from a less academically-rigorous high school.

Does the four-year GPA average disadvantage students who might get off to a slow start but end up academically strong?

Once again, the question, who are the people we are trying to serve?, remains top of mind.

The team are also doing more recruitment outreach to undergraduates — approaching them early to make sure they are even aware that the role of Physician Assistant exists as a (high-paying!) career path in medicine, which doesn’t necessarily entail becoming a doctor.

“You can’t make students apply,” Ian said. “But you can try to make sure the barriers to applying are reduced or removed.”

And, finally, speaking to the broader issue of the Truth and Reconciliation findings and redress for generational effects of the residency schools, Ian says,

“It’s not up to me to fix the whole system. But what is up to me is opening up the door so that the right people are around the table.”

Ian now brings up the Equity Sequence™ at University meetings whenever he can and advocates for others in his academic community to take the training.

In the meantime, inside the PA program, he teaches a lot about community awareness as it relates to medicine and healthcare. They talk about community health and patient-centred health.

Ian recalled learnings from his time in Alaska, where they reformed the state’s healthcare system by first talking to a village Elder, and tracking that Elder’s journey through the healthcare system.

“They didn’t start with the administrators and physicians,” he explained. “Those were the last people they talked to. They talked first to the patients, to the community, and to the caregivers.”

He tries to impart a similar lesson to his students.

“One of the tenets of family medicine is that if you are going to go out into the community to practice, then that community really should be engaged. You listen to that community. You have their hearing and their input.”

“That is something that we’re doing a lot more of here,” he added. “And I’m very happy to be a part of it.”

About the author: Suhlle Ahn is Content Contributor at Tidal Equality.
This article has been kindly repurposed and you can read the original here: Reflecting, Rethinking, Redressing: Making medical care more inclusive

About 3 weeks ago from Staff Development Forum's Twitter via TweetDeck