Recently, at the instigation of my good friend and colleague Jan Allon-Smith, I bought a set of three packs of Visual Explorer Cards, as developed by the Centre for Creative Leadership.

I have been experimenting with them in a variety of settings: a team away day, coaching and coaching supervision, and, for different purposes, checking in and out at the start and end of the day, exploring coaching and supervision issues, and eliciting feedback after a peer-observed supervision session.

They have proved very fruitful in all three contexts, as one might expect: stimulating a slightly left-field (or as some would say,  right-brained – but let’s not get into that argument just now…) approach to the issues under discussion, as I had hoped and indeed expected. 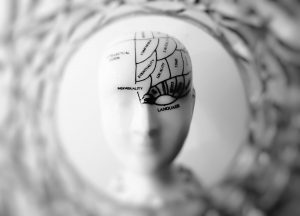 But what I found very helpful, and had not foreseen, was the way in which they served as reference points later in a conversation, to issues discussed earlier.  Thus in the supervision session, I asked the coach I was supervising to select and talk about images at various stages of our conversation. Quite early on, for example, I asked her to choose a picture (and then talk about it) representing how she would like her coaching client to be at the end of a coaching session. Later in the conversation, on more than one occasion, we were able to refer back to that: ‘if you want your client to be… [gesture at appropriate card], how does that inform how you choose between these approaches?…’ It proved a remarkably effective shorthand way of referring back to a whole set of ideas that had been unpacked earlier.  At the end of the supervision, I invited the coach to take photos of the pictures she had chosen, as part of her note-taking from the session, which she thought a particularly useful and powerful way of helping her to remember what she had been exploring.

In describing that to my wife and business partner, the ever-insightful Jane, she pointed out that the pictures were serving a similar purpose in this context to the naming of stories in the ManyStory approach. How had I not seen that? So now I’m off to blog about that on the Shifting Stories site… 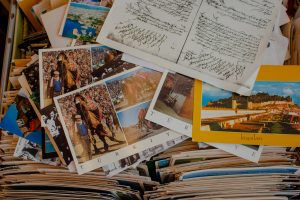 It is worth saying that the Visual Explorer cards are very expensive, and if one had the time and inclination, one might do as well to buy a large stock of postcards (if I were in London, I might simply have gone to the South Kensington museums and a couple of art galleries and bought one each of every card they stocked).  One of my colleagues at the Coaching Supervision Group suggested buying the pack of 100 Penguin Book Cover Postcards  – but my reservation here would be that too many feature mainly words, and all have words on the covers which would change the dynamic….

Having said which, the only advantages of the CCL images over a rich selection of good varied visual postcards  (though I am sure that they would argue they have been carefully selected etc etc…) are that they come in neat plastic boxes to keep them in good condition when carried about, and that they look made for the job – which, if one has cynical clients, or one is concerned about maintaining a very professional image, may be valuable.

My final reflection on all this is that I used to use far more visual imagery in my work – particularly when I was running Creativity Workshops on a regular basis, which I have not done for a few years now. I wonder if I have retreated somewhat into a ‘safer’ world of more word-based practices – so a healthy reminder to keep refreshing my work and approaches.

Andrew Scott is an independent facilitator and coach, working principally in Higher Education. His work is particularly informed by Nancy Kline’s Thinking Environment, his own Shifting Stories approach, his wide and eclectic reading, and his philosophy that individuals matter.

This blog is kindly repurposed from Andrew Scott’s blog and you can find the original here: Playing with Pictures.

There are 4 major types of educational leadership - this interesting article explores each one.theedadvocate.org/4-…#EducationalLeadership #Education # Leadership

About 3 days ago from Staff Development Forum's Twitter via Twittimer