From inertia to contagion towards immunity: keeping ‘race’ on the UK university agenda post-COVID-19

As Covid-19 continues to change the way we all work, Dave Thomas and Marcia Wilson explain why universities have to ensure Race Equality progress is not lost amid the furore once some form of normality returns.

On the evening of September 7th 1854, Dr John Snow presented evidence to the Board of Guardians of St John’s

parish that resulted in the removal of the handle of the Broad Street pump. But not before 7466 people died from the contagion of Cholera in London between 23rd September 1848 and 25th August 1849.  This invalidated the miasma theory and validated the new science of epidemiology.

Many of the patients attributed their illness to the water: this is here mentioned as shewing that they had drank of it, and at the same time found that it was impure. As explaining how persons might drink of such water before finding out its impurity, it may be stated that the grosser part of the material from drains and cesspools has a tendency, when mixed with water, to settle rapidly to the bottom.

Dr John Snow – on the mode of communication of Cholera.

At a time when health and health states have rightfully taken priority over all else, the Health Beliefs Model (Rosenstock, I. M., 1966) provides a particularly useful lens to identify a UK university’s psychological readiness and intentions to act and redress the persistence and toxicity of ‘race’[1] inequality in higher education. ‘Race’ inequality is a matter of public health!

The COVID-19 pandemic has mutated a new strain of inequality in UK universities, further contaminating its waters. This will promote a double disadvantage, disproportionately affecting previously marginalised and disadvantaged groups. Students and staff from Black, Asian and minority ethnic (BAME) backgrounds will be affected in myriad ways because they are “shewing that they had drank of it”.

But how might a person “drink of such water before finding out its impurity”? Are university senior managers acutely aware of the seriousness of this new strain of inequality?

In spite of the calls from various #Decolonise and #WhyIs and #Must Fall movements, key performance measures outlined by the Office for Students, the Equality and Human Rights Commission’s inquiry into racial harassment in public funded universities in the UK, the Universities UK’s (UUK) report exploring BAME student attainment at UK universities and the Advance HE Race Equality Charter Mark (REC), university’s waters “remain impure.” Racial inequality has been normalised and embedded into the fabric and processes of UK universities. Redressing factors that promote structural inequalities must become a key feature of university’s Roadmap to recovery post COVID-19. ‘Race’ needs to take priority on institutional agendas.

Conversations about ‘race’ are often considered the ugly underbelly of UK universities – the “grosser part of the material from [the university’s] drains and cesspools [that] has a tendency, when mixed with water, to settle rapidly to the bottom”.

This presents challenges in tackling institutional racism, which in itself are inherently multi-layered, ranging from a lack of confidence in the systems and procedures to concerns about reprisals for labelling someone or something as racist. Unfortunately, people are more outraged by the accusation of racism as opposed to the actual act, event or situation.

Universities have embraced the dominance of Whiteness (Ladson-Billings and Tate, 1995) in every conceivable area of the institution, from management to the curriculum to student support (Tate and Bagguley, 2017), without considering the implications on racially minoritised staff and students’ wellbeing, attainment and progression.

Usually, Black senior managers find that they are swimming against the tide and left to develop strategies to prevent students from drinking the “impure water”. But unlike Dr Snow, they are not in a position to “remove the handle of the pump.” 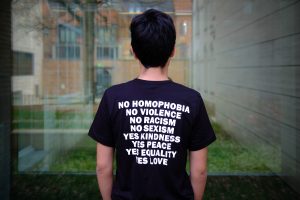 Universities have been reluctant and slow to acknowledge and address issues relating to racial inequality. For example, of the 154 universities in the UK, only 14 have achieved the Race Equality Charter Mark. A further 48 have registered their intent to progress with Race Equality. This leaves the majority of universities actively choosing not to engage with the REC, or they have developed their own strategies for addressing racism.

The post-pandemic higher education cannot continue to socially distance itself from matters relating to ‘race’.

Universities have failed to create an environment that will enable all students to flourish and reach their academic potential. The disparities in retention and progression rates as well the degree awarding gap between BAME and white students (13.6%) are evidence of a system that does not currently meet the needs of the majority of Black students (Bhopal, 2018), who proportionally are entering universities at a higher rate year on year than their White counterparts.

Although we are in the midst of Covid-19 lockdown, universities are still open for business albeit remotely. It would seem that this is an opportune time to critically reflect and analyse the structures and systems that continue to perpetuate inequalities among staff and students particularly from racialised minority groups. For example, the degree awarding gaps and ethnicity pay gap. Universities need to create and sustain an environment where diversity is valued, supported and promoted, not tolerated. Students and staff have all “drank of such water” and have found out about its impurity. 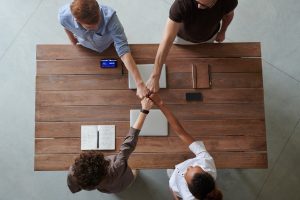 One of the key shifts that must be made is to change the way that universities look at the role that racism plays in contributing to and sustaining differential outcomes for students and staff. In general, discussions have centred around employing deficit models for explaining differential outcomes. All too often, universities locate the issues associated with a of lack of achievement or progression within Black students and staff rather than examining structural and institutional issues that produce and sustain inequalities.

Another issue is the lack of racially diverse staff at all levels throughout HE institutions especially at senior management levels. Thus, the experiences of Black students and staff are often marginalised to the extent that people do not acknowledge or perhaps understand racism unless it is overt or if they have lived experience. Although overt acts of racism still occur, what is more prevalent in society is micro-aggressive acts. These can be just as harmful as covert and overt forms of racism and have a detrimental effect on educational success (Kandola 2017; Singer 2005).

The fallout from the COVID-19 pandemic will amplify racial inequalities in UK universities. Redressing these structural inequalities will require resources, institutional commitment and labour. The additional emotional labour involved can be draining and saving Black students should not be solely on the shoulders of Black staff. ‘Race’ still matters! More than ever, race equality must remain on the agenda (and not as the last item). Similar to Dr John Snow, in order to redress structural racial inequalities, university leaders must now show strong leadership and “remove the handle of the pump.”

[1]I use the word ‘race’ in scare quotes in a similar manner to Professor Kevin Hylton, signposting that it should not be read or used uncritically.

Dave is Student Success Project Manage at University of Kent. His research is concerned with Black students’ interest, perceptions of the value that the place on their educational experiences, perceptions of their sense of belonging and the impact of the “whiteness” of the curriculum on their engagement and overall attainment within the UK Higher Education milieu.

Marcia is Associate Dean (Interim) of Health, Sport and Bioscience at University of East London. She has worked at several educational institutions in the USA and England and her research is in sport psychology (Expectancy Theory).

This blog is kindly repurposed from AdvanceHE and you can find the original here: From inertia to contagion towards immunity: keeping ‘race’ on the UK university agenda post-COVID-19

There are 4 major types of educational leadership - this interesting article explores each one.theedadvocate.org/4-…#EducationalLeadership #Education # Leadership

About 4 days ago from Staff Development Forum's Twitter via Twittimer